Some time during the longest February in all of recorded human history, a month in which each weekend was punctuated with an apocalyptic blizzard that made driving out to work on the house a foolhardy proposition, we received a shipment of 1000 square feet of tongue and groove aspen paneling from Keweenaw Specialty Woods. Aspen isn’t considered the most desirable type of tree to harvest around here, but we think it looks pretty good. 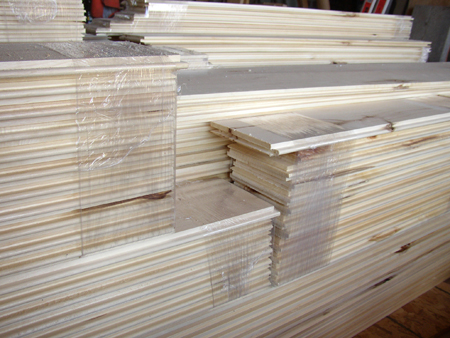 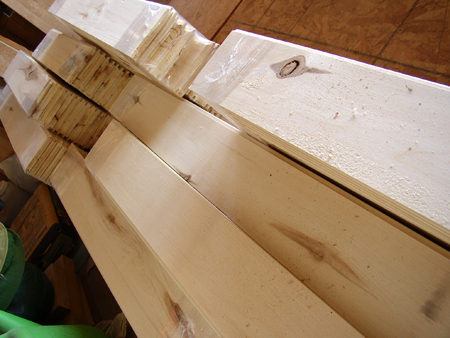 It very soon became apparent that this lovely stuff was not going to levitate 20 feet in the air and attach itself to the ceiling, so we had no choice but to get to work. We began on the second floor. First came a painstaking process of measuring and marking on the floor, then transferring the marks to the ceiling with the use of a laser level. 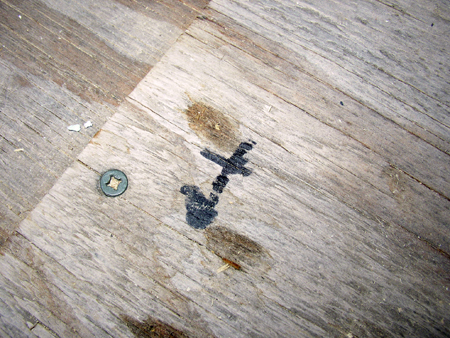 Once that was complete, any remaining gaps in the ceiling insulation were filled in with spray foam. We were then ready to lay up the first course of paneling. 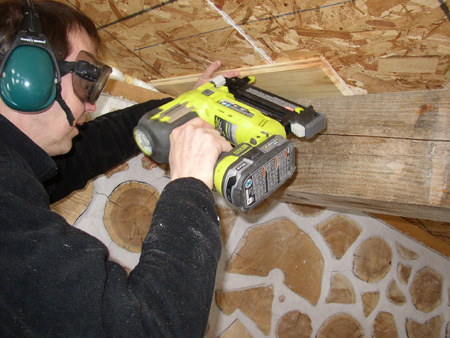 The planks are nailed into the OSBÂ  with a battery-powered finish nailer, a product with the rather alarming and belligerent moniker “Airstrike.” It’s extremely convenient to work with, compared to the type of nail gun powered by a hose attached to a noisy air compressor. After carefully putting up the first course as straight as possible, it was just a matter of pounding each consecutive row into place with a big rubber mallet (affectionately referred to as the BRM) and nailing it up. 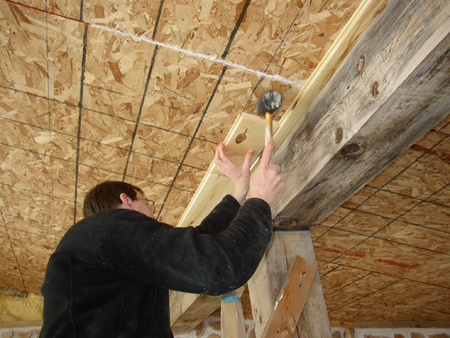 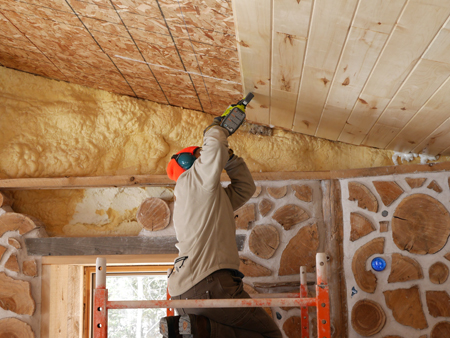 There are a few details in the ceiling, such as the chimney, which require some individual shaping of the paneling with a hand saw. 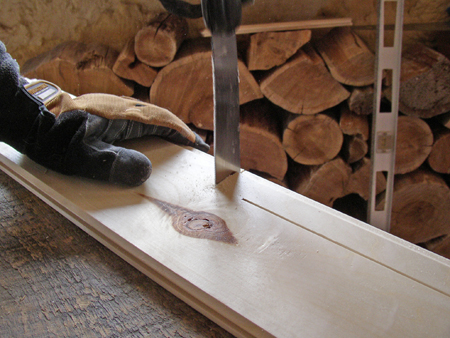 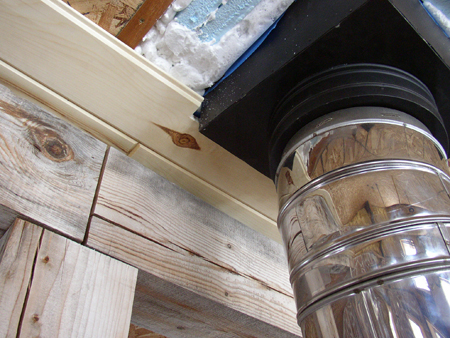 Greg filled in the seams in the OSB with spackle to create a vapor barrier between the insulation in the roof and the warm air inside the house. 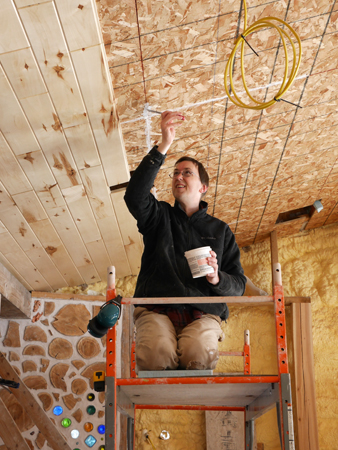 The aspen planks are in a variety ofÂ  lengths, so we are creating a pattern of randomly alternating length, not unlike the “random rubble style” of the log ends in the cordwood walls. Before too long, it’s looking pretty sharp. 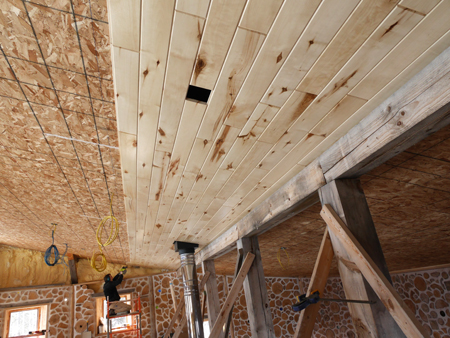 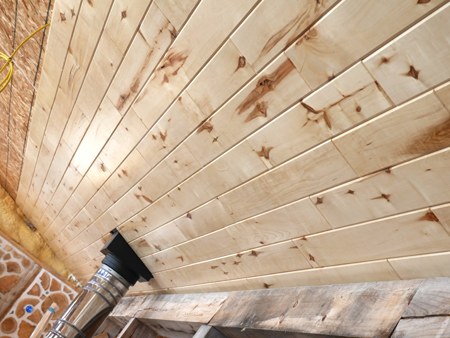