As spring continues to be sprung, we continue work on the ceiling. By the end of April, we finished the larger of the two sections, the area over the second floor: 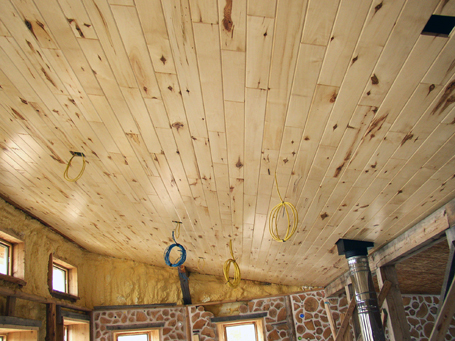 At this point, things get a little trickier. The outer edges of the second floor ceiling will eventually have walls built up to them. You can see where those walls will go in the photo above, between the top of the cordwood walls and the ceiling. Because of this, we didn’t have to worry about keeping a straight edge when we got to the end of a row of paneling; the edges will be covered so we could leave it a bit ragged.

The ceiling in the living room not only has to butt up against the top of the existing cordwood wall, but there are a whole bunch of crazy angles where it does so. 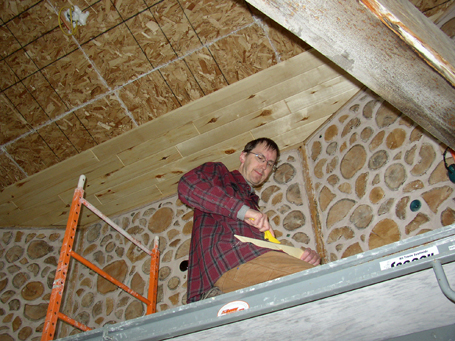 In addition, it’s much higher above the first floor than the section we just finished was above the second floor. This makes for some slow going.

In the meantime, the snow slowly melts from our over-eager winter (340″ of snow at the Big Snow Thermometer, a bit less at Nerdwood). Large bergs of snow calve from the glacier on the roof: 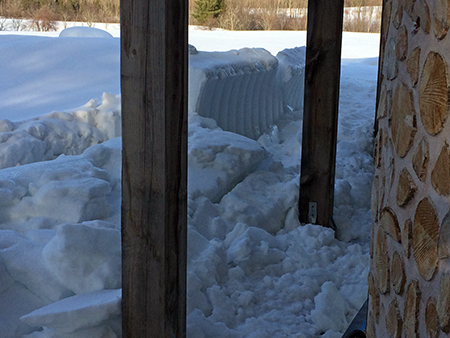 By May, we’ve made pretty good progress on the living room ceiling: 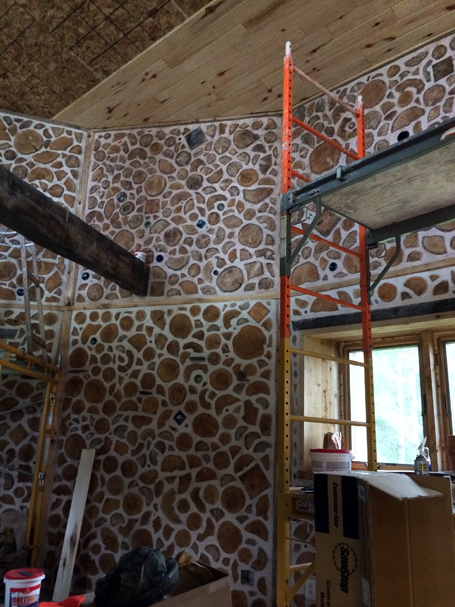 No snow on the ground means it’s also time to work on the garden. This year, we are inoculating shiitake mushroom logs. The spawn comes in little plugs: 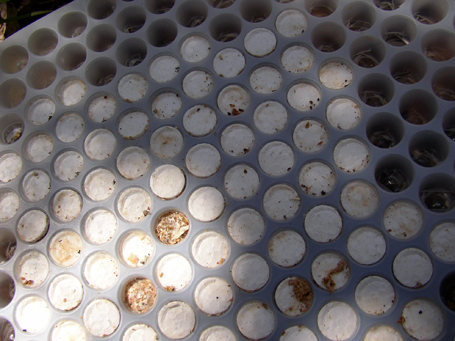 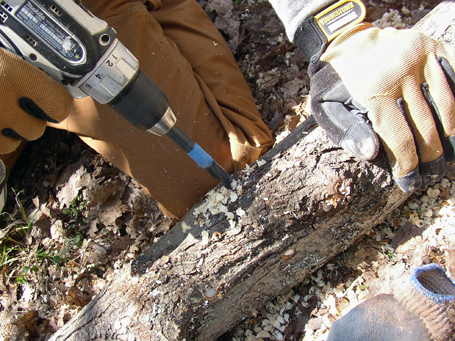 Holes drilled and plugs inserted, all we do now is keep them moist in the woods all summer. Then next spring, lotsa tasty ‘shrooms for the next three or four years. 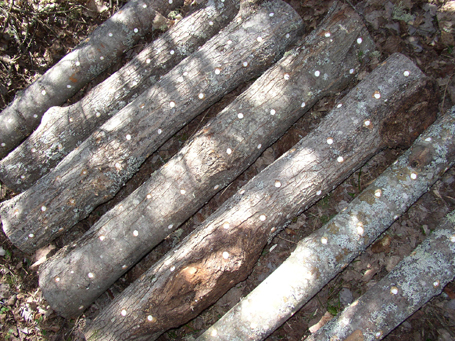 Finally, in mid-July, we nailed in the last ceiling board. 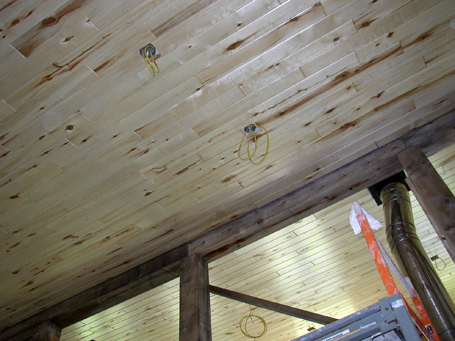