Greg struggled to connect the water heater to the in-floor heating system so we could return the rented propane heater. He did most of this during the evening hours after work. After a series of frightening misadventures which included nearly asphyxiating himself and a late night deer/truck collision, the in-floor heating was up and running. Here you can see the water heater, water tank, and the electrical panel in the utility area: 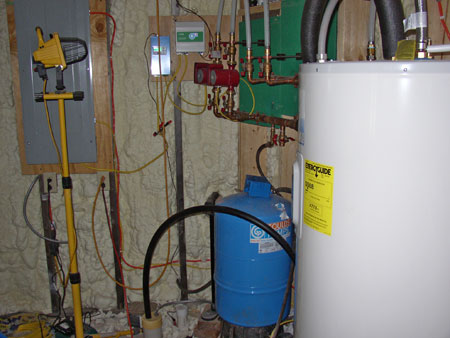 Our next major task was to insulate the roof. The walls were nice and cozy, but the roof consisted of just decking and steel. Massive heat loss caused huge icicles to form. 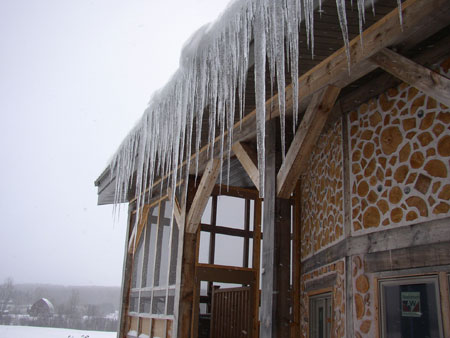 We cut pieces of OSB to attach to the bottom roof joists, and the resultant sixteen inch space was to be filled with blown in cellulose insulation. Installing the OSB was especially challenging in the high-ceilinged living room area, which required some heavy lifting, and work from high atop a scaffolding. For some of this, I braced the OSB with a two-by-four while Greg wielded the nail gun. 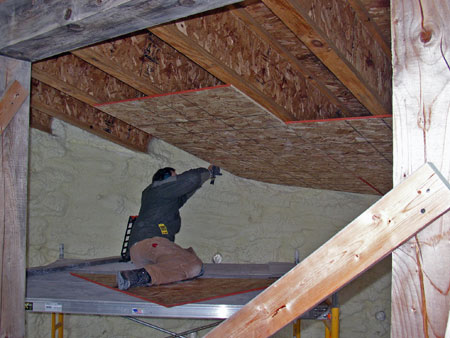 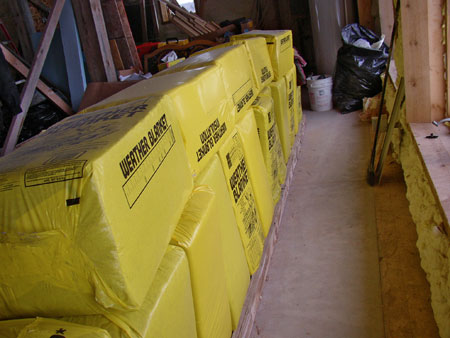 To fill each course of OSB with insulation, we rented a machine called the Krendl, which grinds up the bales of cellulose and blows it out through an enormous, unwieldy corrugated plastic hose. It’s reminiscent of something from a Terry Gilliam cartoon. 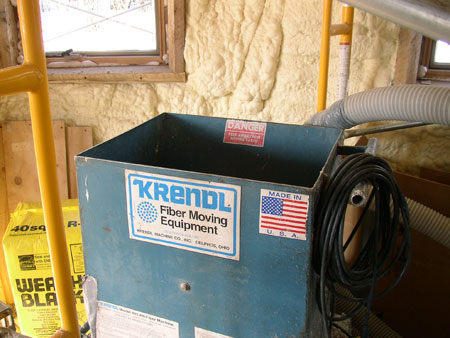 It took a while to get the hang of the temperamental Krendl. We worked on the ceiling throughout December and into January of 2011, installing rows of OSB panels, filling them with insulation, and gradually working our way to the front of the house. 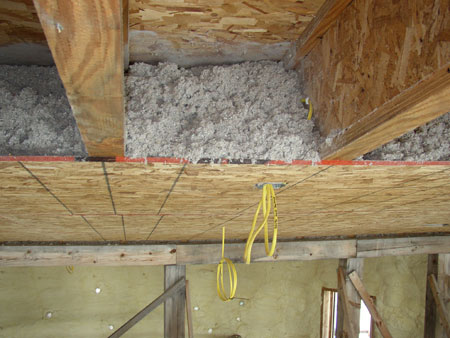 One Reply to “Things Heat Up”