Now that we’re done cordwooding for the year, we turned to our end-of-the-year tasks. Cutting brush, sealing the deck, making a compost pile, preparing garden beds, moving lumber inside and of course, cutting more logs. Like last year, we decided to tarp over the open bays to keep out as much snow as possible. Rather than tarp over the window openings, though, we decided to fill them with actual windows and be done with it. Fortunately, Matt was around to help out. And by help out, I mean do most of the work. Thanks, Matt!

Here’s the house all ready for the winter. Excuse the blurry photos, all we had that day was a phone: 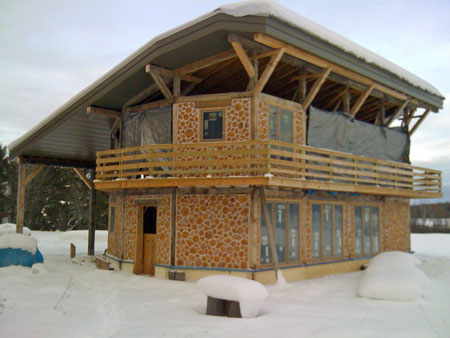 You may notice the first floor door opening has no door. Next year, for sure. What you don’t see is the French door on the second floor – it’s tarped over since the cordwood has not been filled in around it yet. It’s in the middle of the giant silver second-floor tarp: 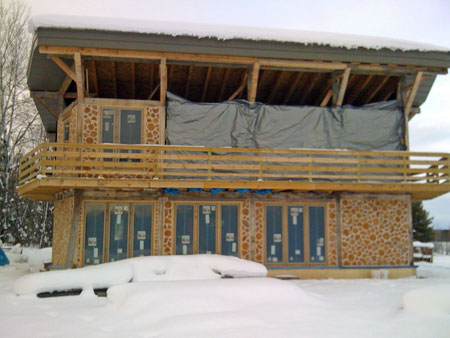 The rear French door is quite visible, though. It’s really weird going through an actual door to get inside the house: 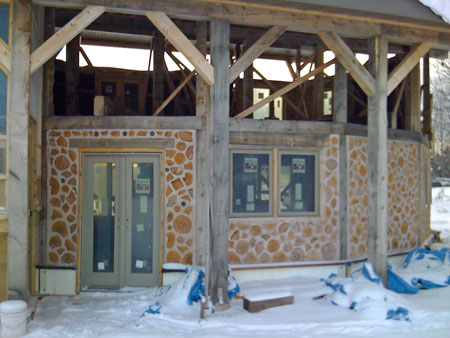 Approaching the porch-side of the house: 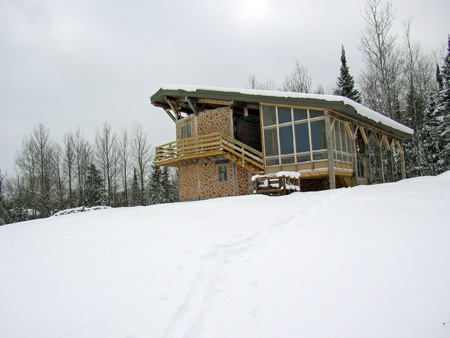 So, back to the cross-country skiing and snowshoeing. Could be worse.