So last year we were pretty conservative and stopped cordwooding the third week of September. Remember, the mortar we are using sets very slowly since it contains no cement – it’s just lime, water and sand (Lime Putty Mortar, or LPM). Conventional wisdom says it shouldn’t be allowed to freeze for thirty days. This year we decided to push it.

We figured that in the five years we’ve been here, we haven’t really had a hard frost until the tail end of October. We also figured thirty days seemed a bit much, that after a week or two the mortar was set to the point where a hard freeze wouldn’t harm it. We were half right.

We had taken the first week of October to work on the house; we laid up logs Saturday and Sunday, then the following Thursday and Friday, 8- and 9-October. On Saturday, it rained so we didn’t go out to Nerdwood. Then it got colder and the rain turned to snow. It wasn’t bitter cold by any means, but it did snow. Sunday the snow/rain mix continued and we couldn’t get out to the house until Monday.

When we checked under the tarped-over wall panels, we saw the areas we had laid up Friday hadn’t enjoyed the cold one bit: 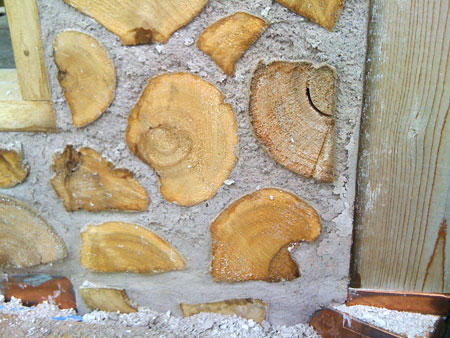 The outer layer of mortar had frozen and flaked right off! Using a wooden shim, I was able to scrape off spongy mortar to a depth of about half an inch on both the front and back of the wall. Ugh! Not very attractive: 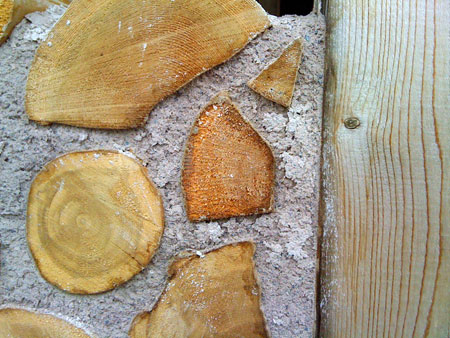 By now, the cold snap was over, so we decided to wait until the weekend to try and fix the damaged sections. The sections we had cordwooded six and seven days before the freeze had no trouble at all, so at least we were right about the mortar not needing a full thirty days before being exposed to any freezing.

The weekend weather was sunny and fairly warm, and looked like it would continue warm for at least a week to come, so we decided to repair the outside of the damaged sections and finish cordwooding the bays we were currently working on. After scraping away the crumbly mortar, we mixed up a new batch and slathered it over the damaged sections. It was a bit tricky, but adhered well enough once we got the hang of it.

Here’s how the repairs looked: 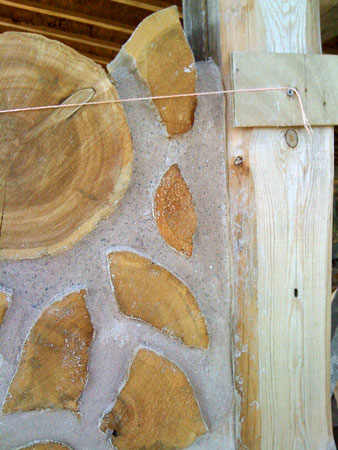 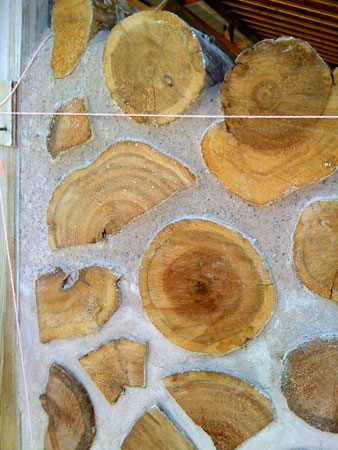 And here’s how they look a month later: 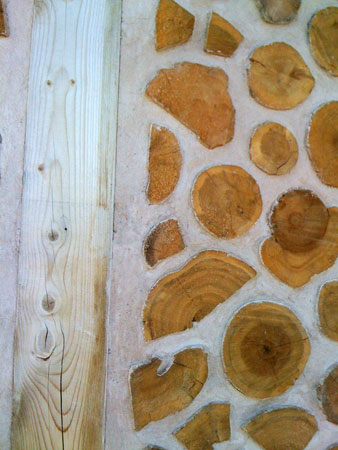 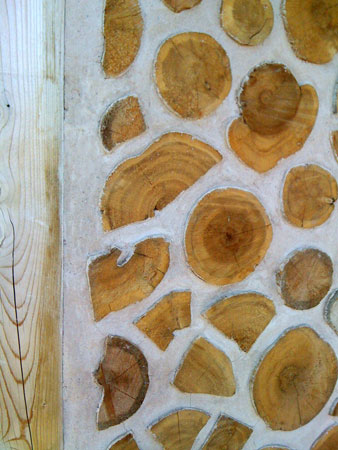 So, looks like we’re done laying up walls for the year. All fifteen panels on the first floor are done and four panels on the second. A bit of a disappointment, but now we know how long it takes us to build a cordwood wall. One of the second-floor panels had the largest area of cordwood of any of them – this one became known as the “Devil Wall.” It’s the solid second-floor panel: 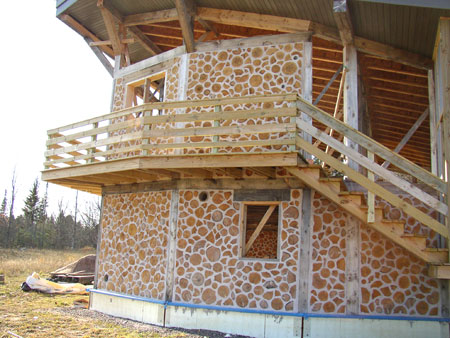 And here are the other two panels: 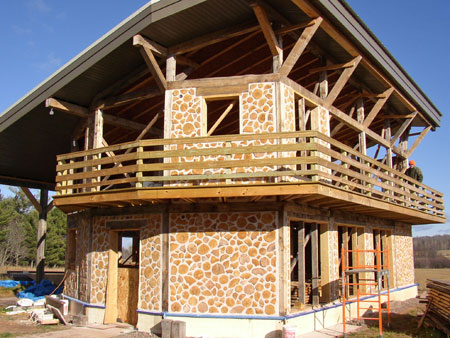