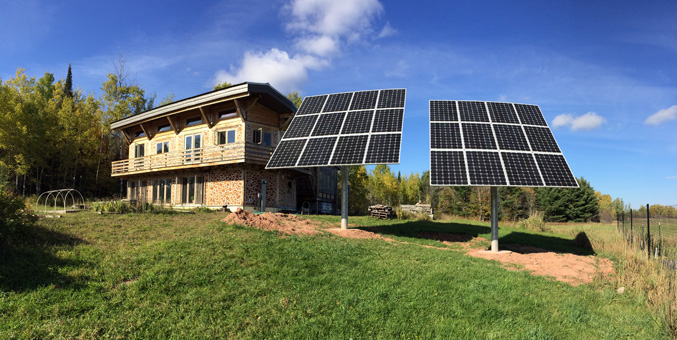 In the interest of saving time, especially since I was out of commission for months following my foot surgery, we decided to contract out the solar electric work. A local outfit, Blue Terra Energy, has done a number of installs and had a good reputation, so we asked the owner, Dave Camps, to give us a quote. We had done a lot of research and know pretty much what we wanted – two pole-mounted arrays even with the front of the house, between the house and the fenced garden. This area has great sun exposure and  a little too much slope to use as garden. Also, it’s close to the house, particularly the utility room, which makes running the electrical cabling a lot easier. 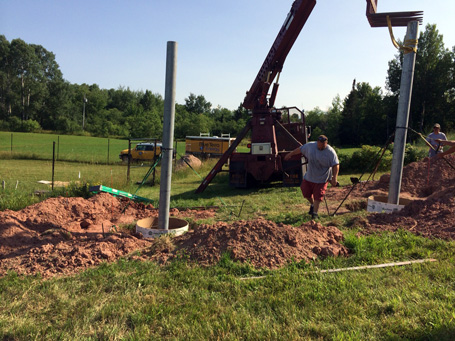 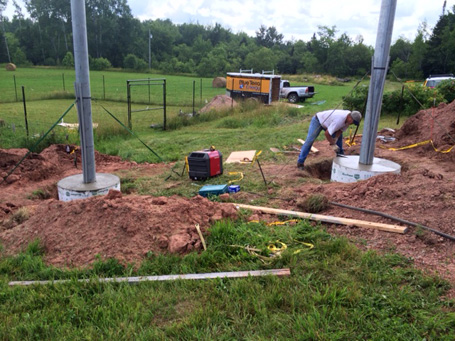 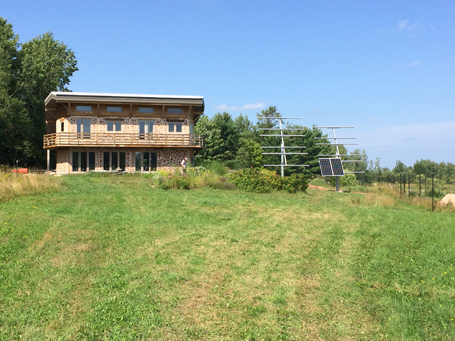 Finally, the Blue Terra crew installed the inverters and the wiring from the array to the main panel in the house. Inverters convert the DC voltage from the modules into AC that your house wiring uses. For many years,  all of the modules would be connected to a single large inverter, but over the last five or ten years, micro-inverters have become available (and popular). They allow a system to be more flexible and allow for easier growth. They also make it possible to monitor each module individually, making troubleshooting easier. Below, you can see an inverter mounted underneath each module: 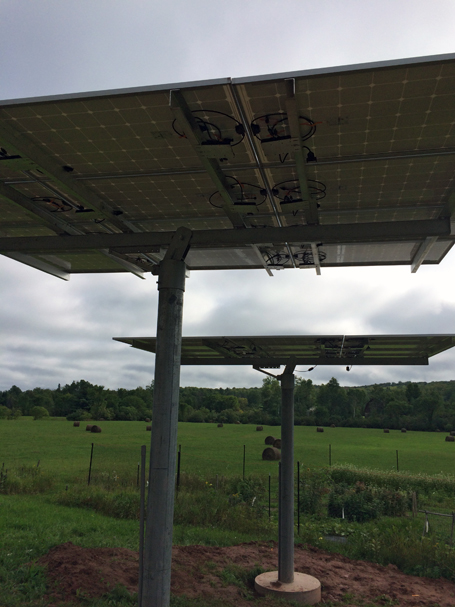 The system went live September 9, 2014. We tried to size the array to  provide approximately the same amount of electricity in the course of a year as Nerdwood uses. Since net metering does not require the power company to pay us for any electricity we produce in excess of what we use, it does not make sense to overproduce, at least from a narrow economic perspective. As of late May, 2015, it looks like we’ll be right on target.