Once again, we’re way behind updating this site, so I’m typing this in June 2009 but dating it November 2008. With winter breathing down our necks (should’ve worn scarves), one of the tasks was to tarp over the empty bays between the posts to keep as much snow as possible out of the house. If there’s one thing we’ve accumulated on this house project, it’s tarps, tarps, tarps: 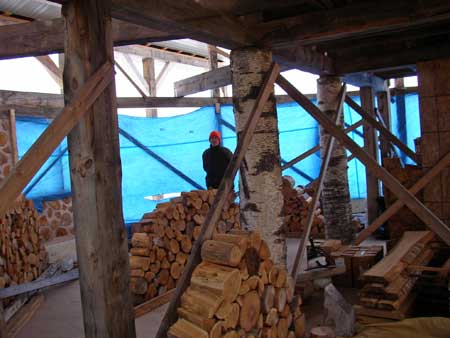 Here’s the outside after the first floor was done, and after a bit o’ white stuff fell: 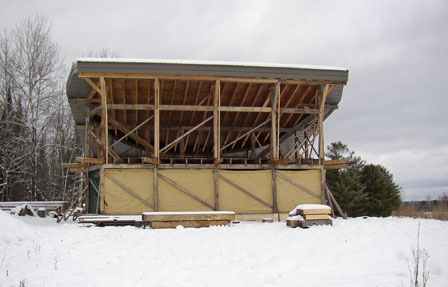 Another vital task was to brace the house a little bit better, since we were counting on the rigidity of the cordwood infill to help resist racking – particularly with a heavy load of snow on the roof. Since there is precious little cordwood infill, we put up a couple of large diagonal braces on the first and second floors (you can see the second floor braces above, in the first and fourth bays). These will come down next year when we finish cordwooding the outside wall.

In addition, the row of posts & beams holding up the roof in the back of the house needed permanent bracing, since they are outside the house and won’t be cordwooded: 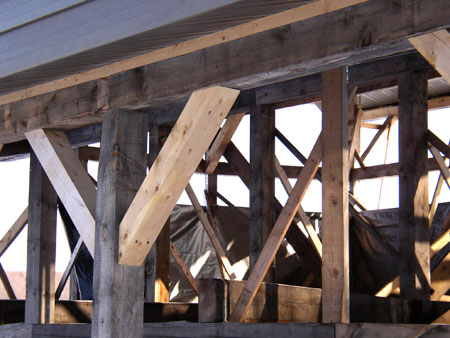 In addition, we cut up a few more logs. Since we hope to be able to work on the house next winter, this may be our last guilt-free goof-off season until we move in. Here comes winter! 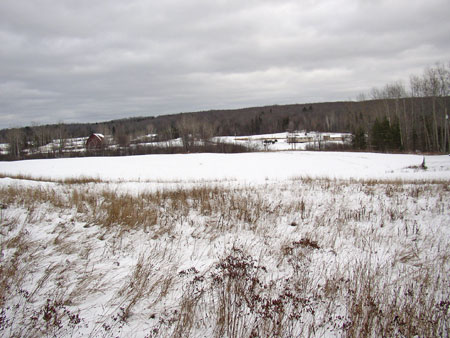