No, not that kind of mud! Although we have been getting a normal amount of rain this year, unlike the previous two years of drought.

By mud, I mean mortar. The plan this year is to lay up the outer cordwood wall and if we’re really on the ball, install the windows and the in-floor heat, and have spray foam insulation, er, sprayed, on the inside of the walls. This way, we can continue working on the interior this winter.

Since we’ve only done one wall of the shed and three wall panels (out of 30 outside panels) of the house, we’re still not sure how quickly we can work. It seems as though different people have a very wide range of cordwooding speeds. Of course, things would go faster if we didn’t both work full time!

So, we’re cranking up the mixer, making lime putty and hauling buckets o’ sand around. The first new panel is in the back of the house – it features the French door that leads to the the porch: 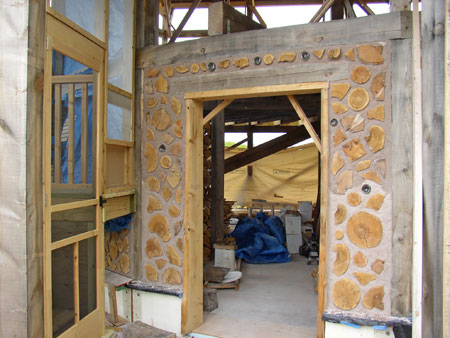 Ha! That didn’t take very long! Of course, that panel is mostly air…

Next in line is the panel next to the proch and the panel that the upper deck stairs are next to. It would have been much easier to cordwood these two walls before the stairs went up – there’s only about a half-inch gap between the stair treads and the wall, making it a challenge to lay up logs and mortar, as well as to point the mortar (smooth the surface) after the logs are in place. No gap at all between the deck of the porch and the wall either. Couldn’t be helped, though; we really wanted the deck finished this spring. Here’s the stairs panel: 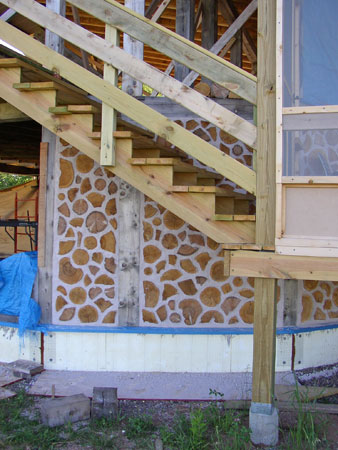 Those two took quite awhile – hard to lay up, plus no windows in either of them. It’s looking pretty cool from the inside though: 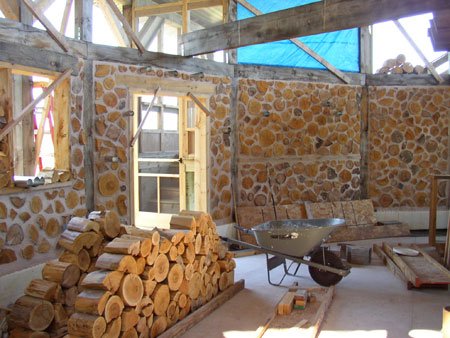 Here’s the most recent one to date. It has a small window in it for the downstairs bathroom: 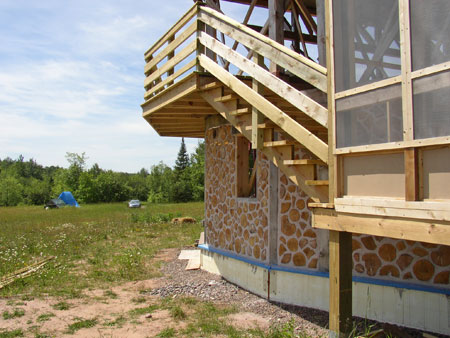 So, as of July 7, 2009, that’s seven panels of thirty done, three finished last year and four so far this year. Ulp…

Some nice bottles ought to cheer us up: 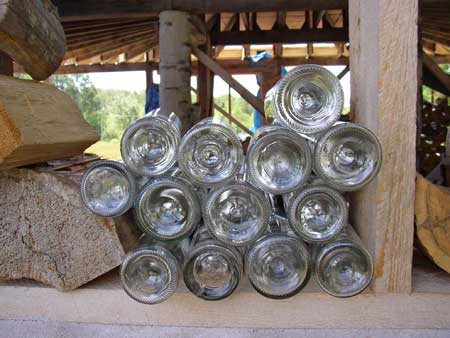 And, how about some poppies? 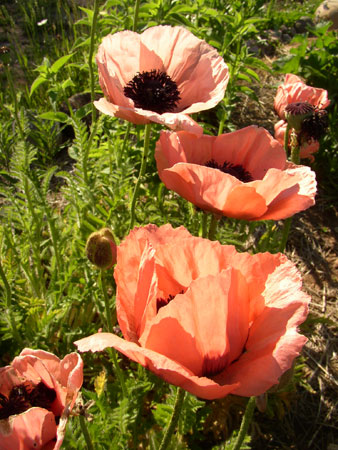